The book’s interior, which I also laid out to follow the established Wizards of the Coast 5e style as closely as possible, includes dozens of tables and a section of NPC stat blocks (two of which are accompanied by my own illustrations).

The stat blocks, like all of my D&D 5e books, used a combination of nested styles and GREP rules to do nearly all of the formatting automatically, making a potentially tedious and time-consuming process take only a few hours (not counting selecting and dropping in artwork).

I also designed the ad on the back cover (though not the cover on it), to promote one of Cawood Publishing’s other DMs Guild titles. 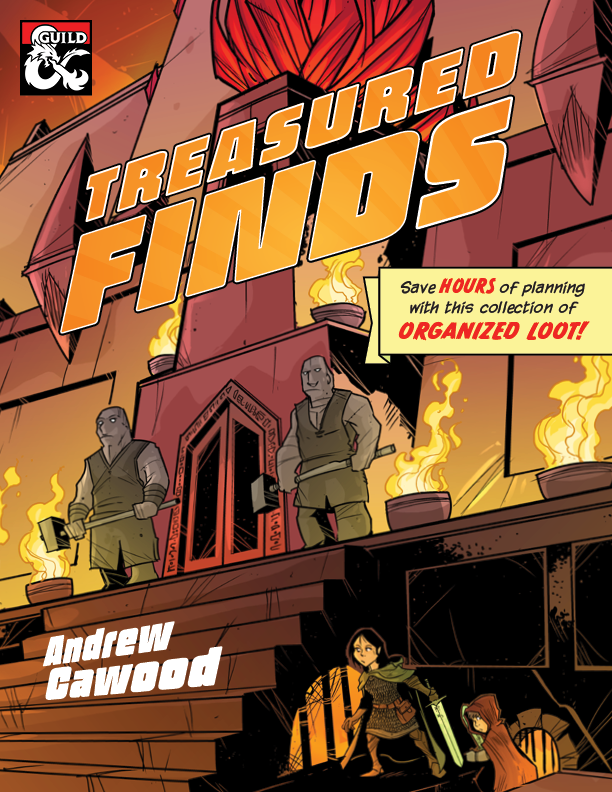 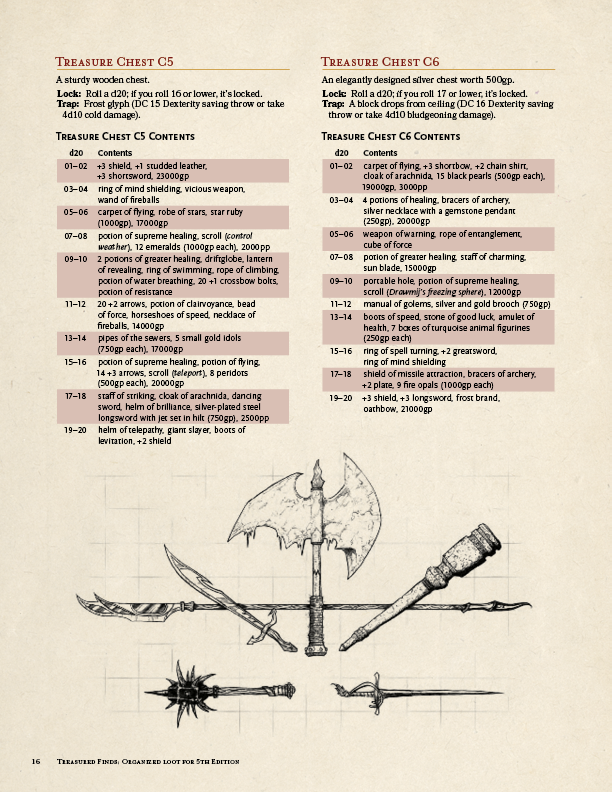 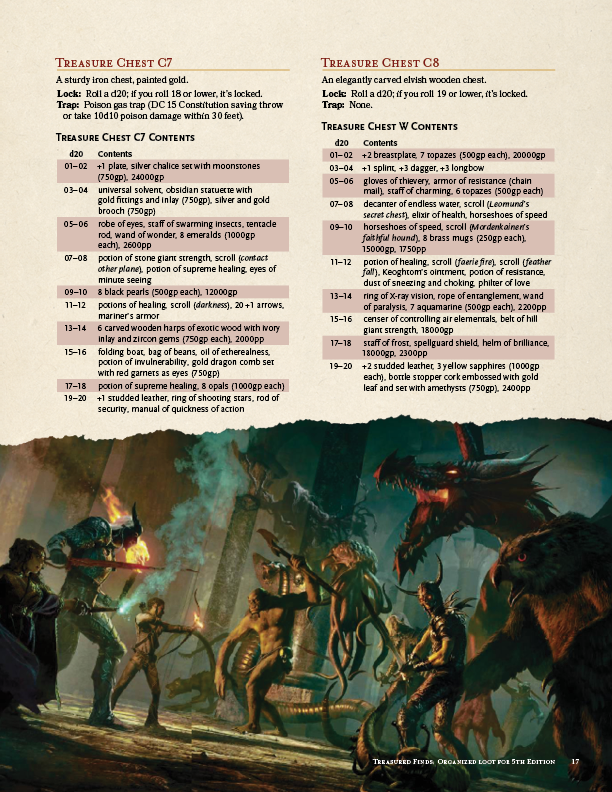 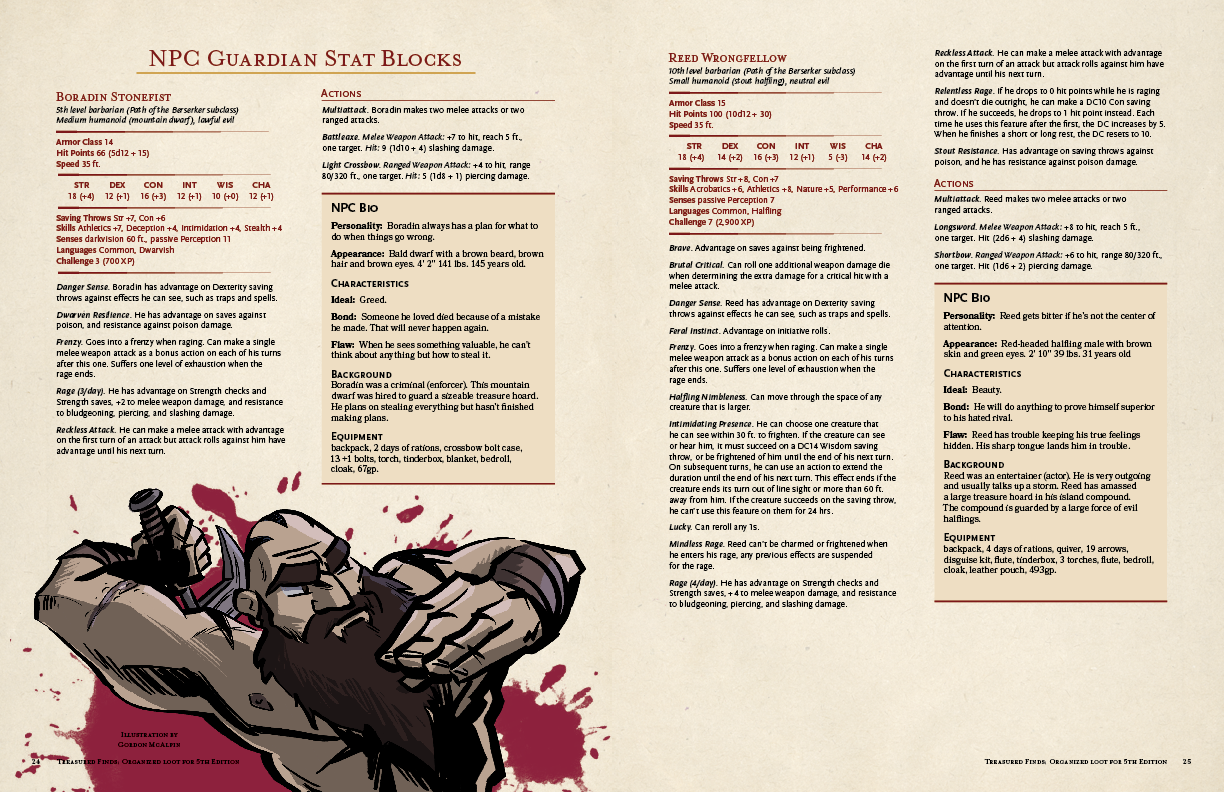 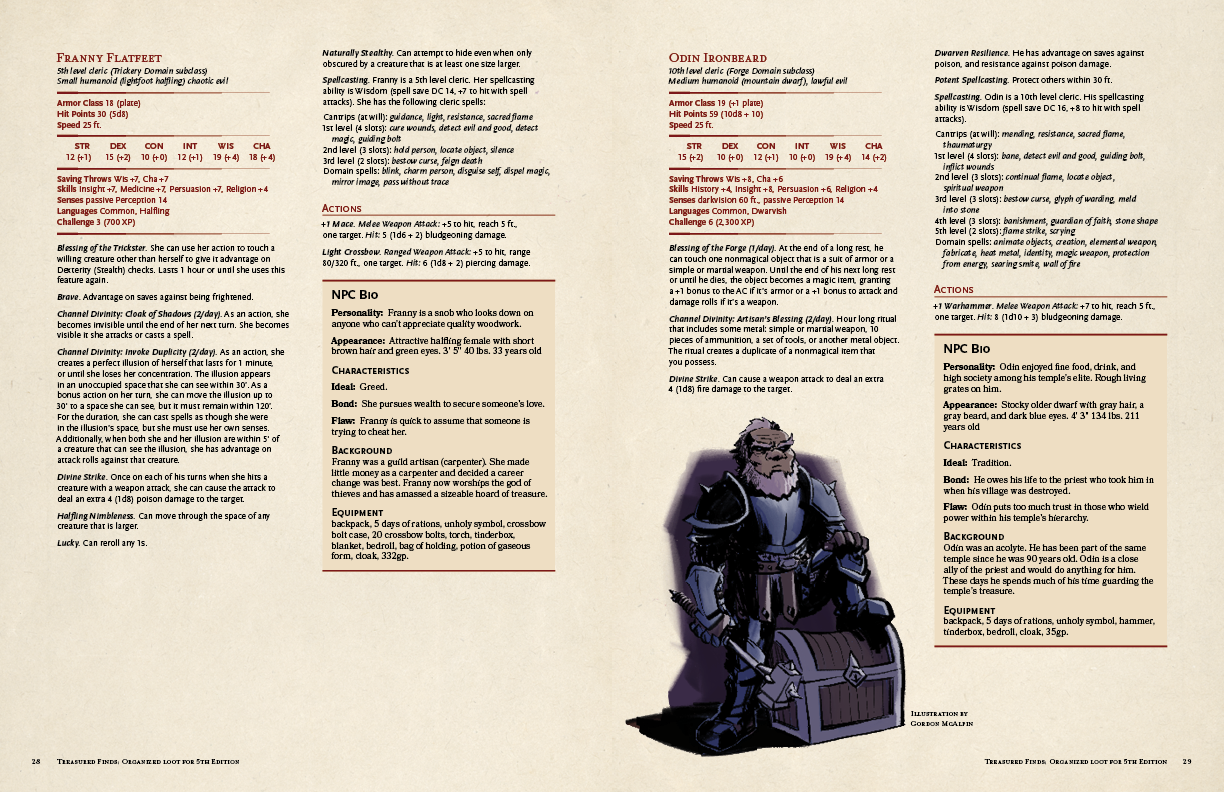 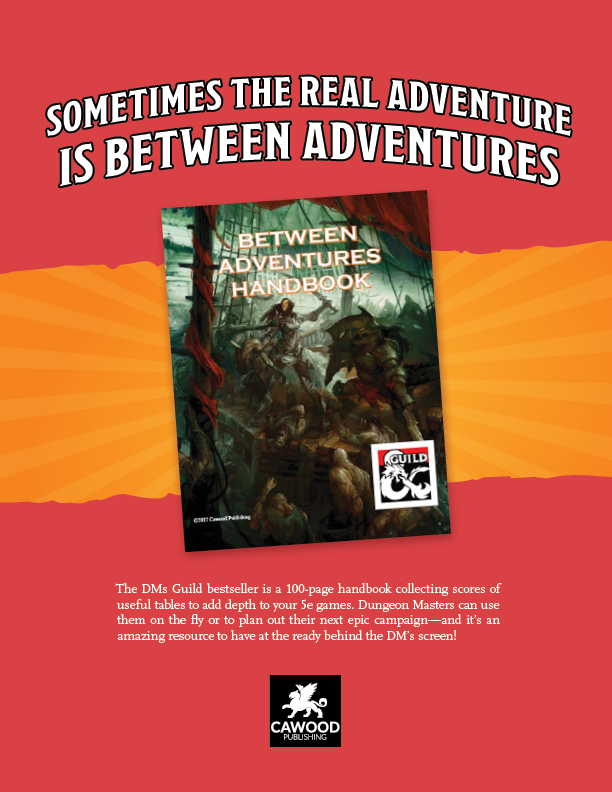