I created the BrainCandi logo for a small web design boutique. We wanted to play on the idea of brains and candy, and many of the early approaches involved brains as some form of candy — brain-shaped candy apples, brain-shaped M&M style candies, etc.

Eventually, I arrived at the “brain eating candy” approach and luckily the client liked the fact that it was weird as much as I did! So much so that they commissioned a second character to go with it, the skeleton seen here. The top of skeleton’s head is missing to suggest that the brain used to be his. 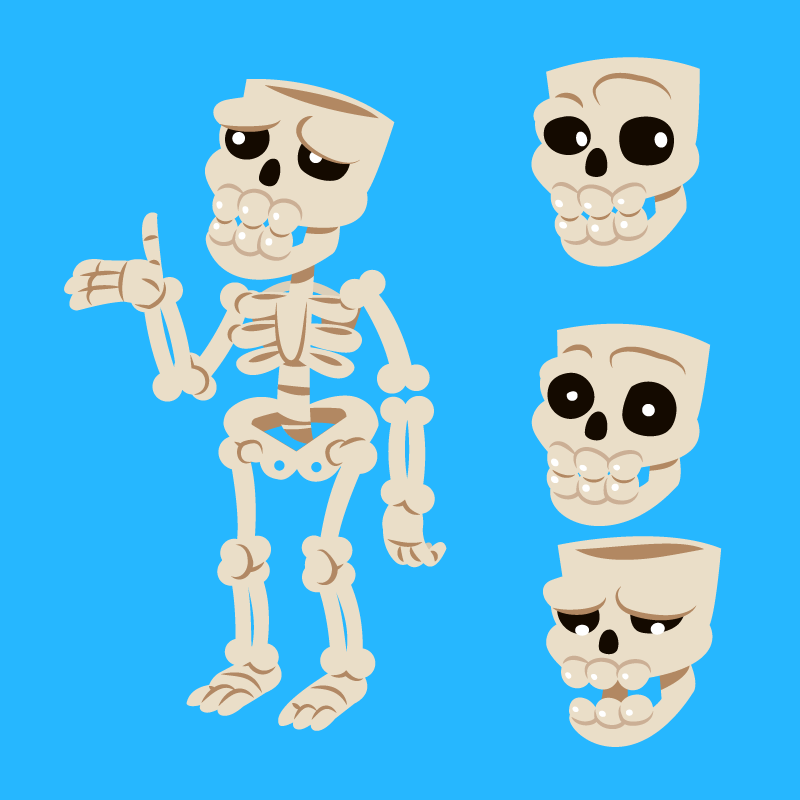