Elminster’s Candlekeep Companion is a hit DMs Guild title that went Gold in only two days, thanks to an amazing team of writers and art from Grim Press. They wanted to keep the look and feel close to the official D&D hardcovers, so I used similar (not identical) watercolor border edges and graphical elements throughout the book as the graphic designer on this project. I also handled some art directorial roles, selecting and in some cases compositing Grim Press’s stock illustrations and stock or original backgrounds.

This book is gorgeously arranged, with formatting that rivals official hardcovers… It’s some of the best the Guild has to offer! 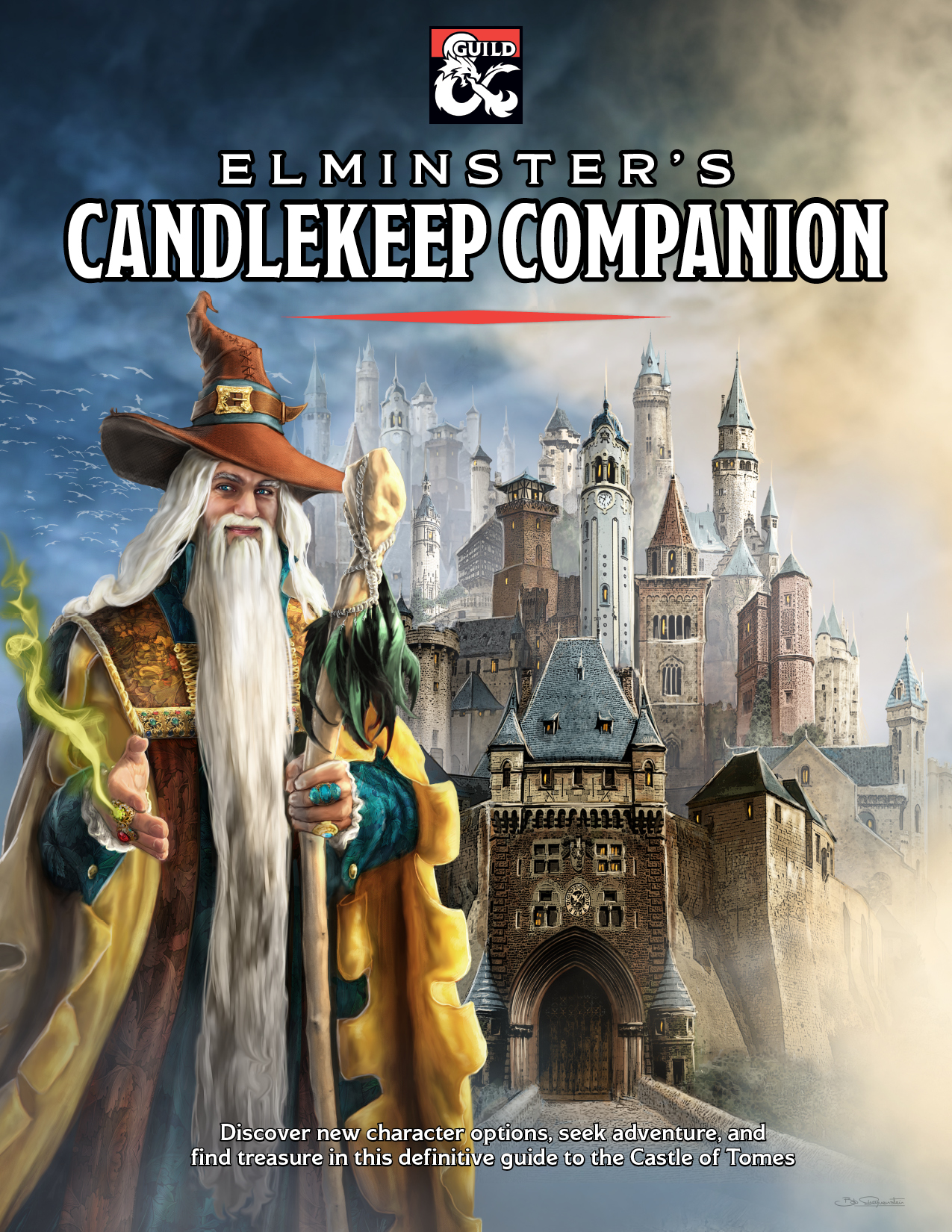 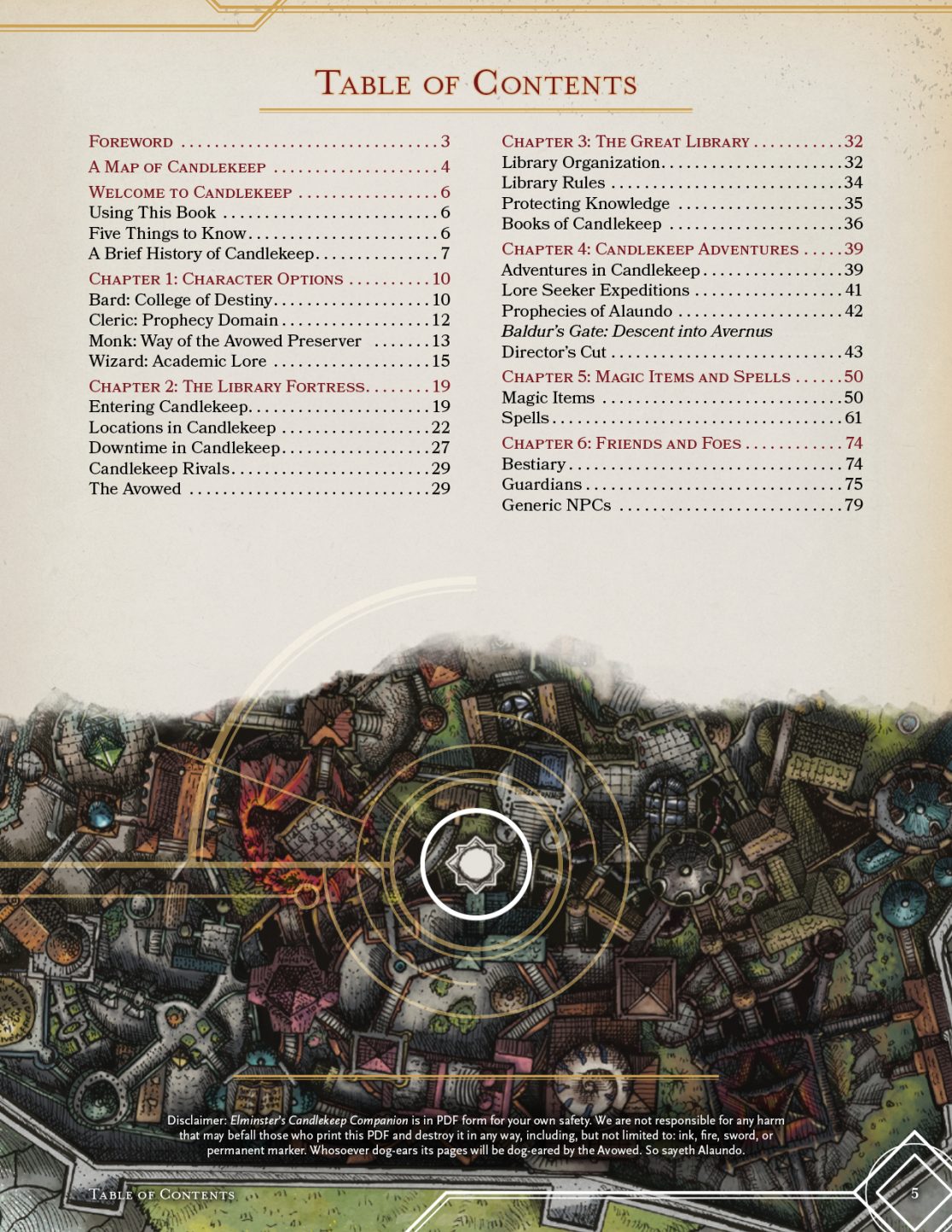 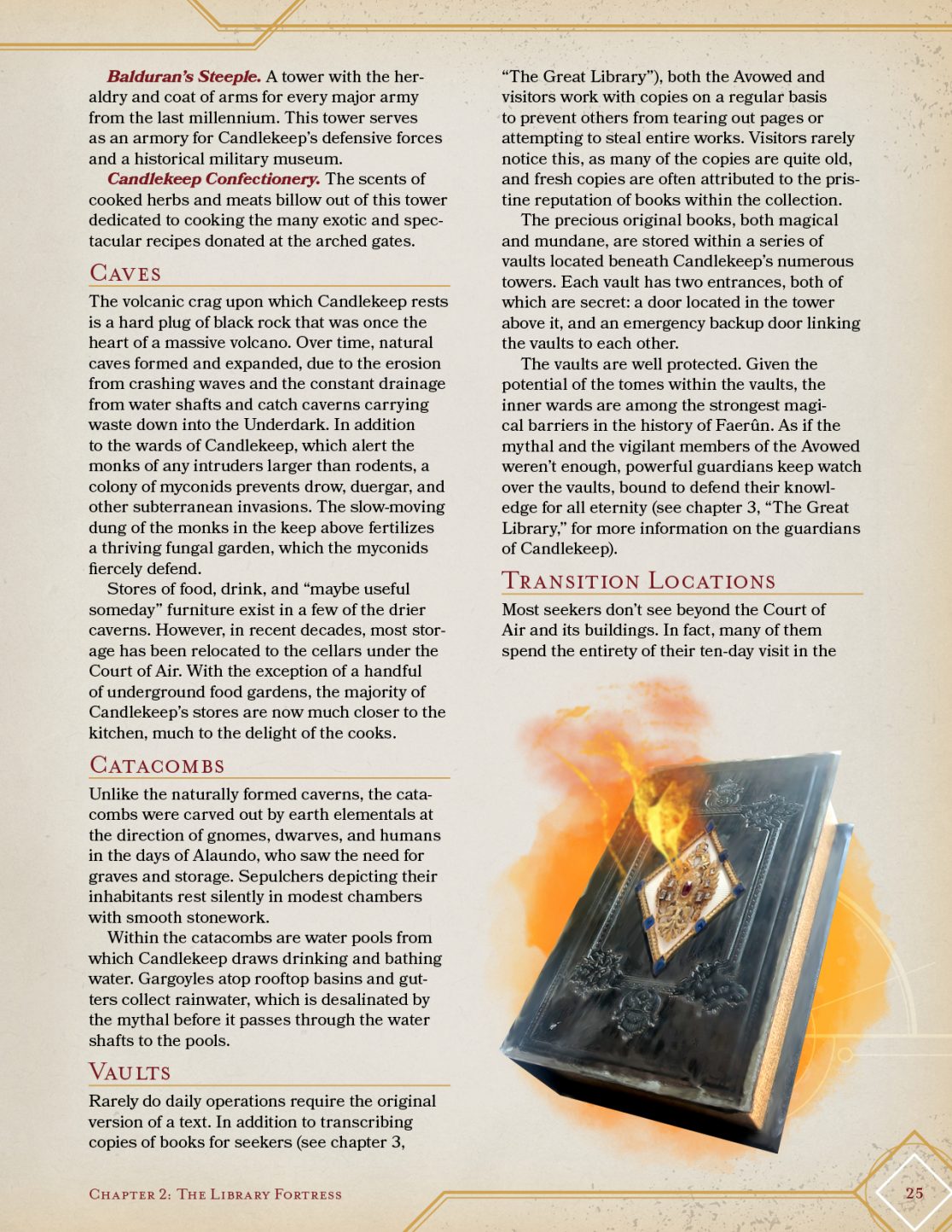 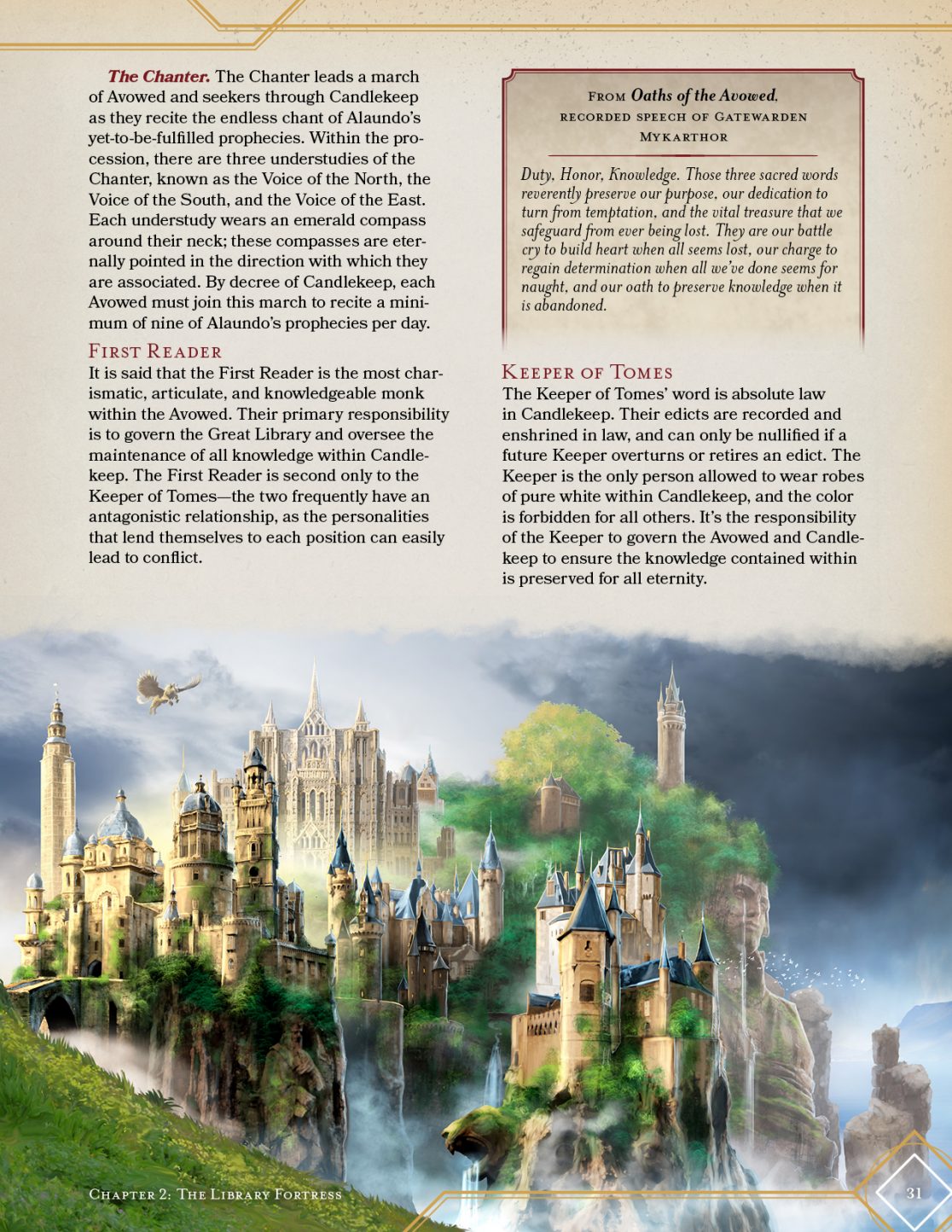 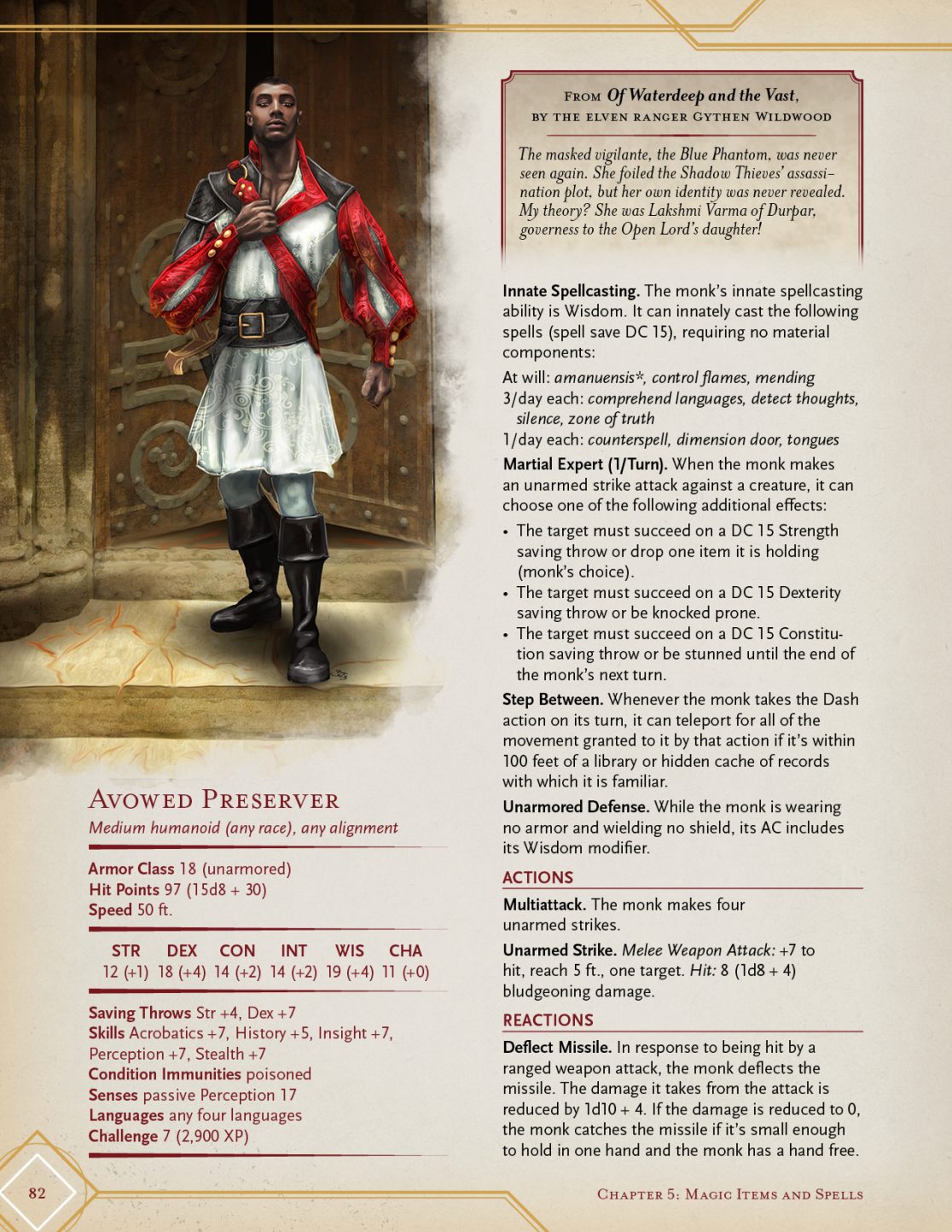 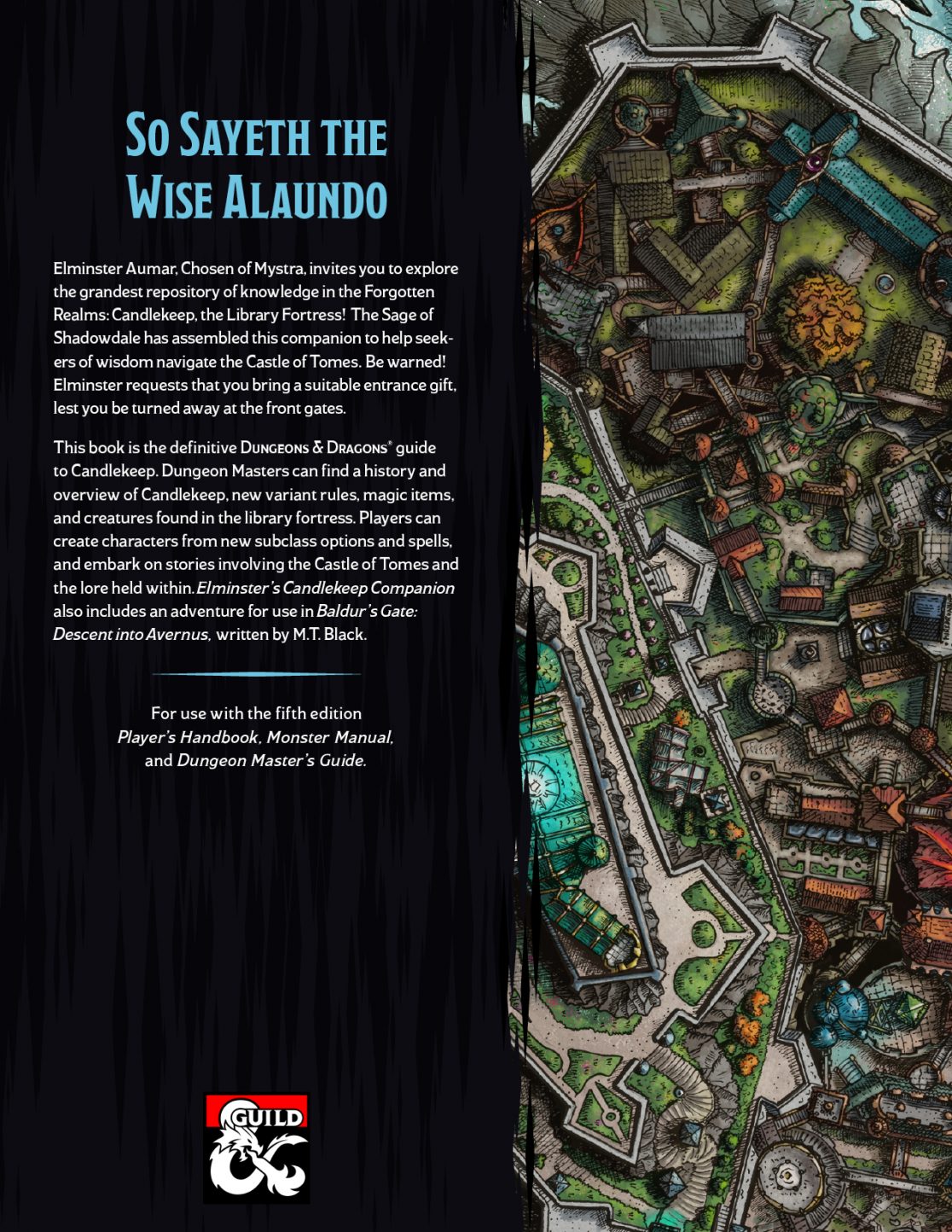